A Little of Everything

The Victorian Society is the charity championing Victorian and Edwardian buildings in England and Wales. Our Conservation Advisers help local planning authorities and churches to make better decisions about adapting Victorian and Edwardian buildings to the way we live now, while keeping what is special about them. We also seek to engage the public in our campaigns to help increase the likelihood of conserving buildings. 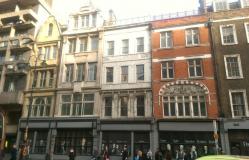 After seven years of fundraising a new memorial has been inaugurated in Tavistock Square Gardens, the site most closely associated with the London bombings on the 7th of July 2005. The memorial provides a fitting tribute to the 13 people who lost their lives on the no. 30 bus, and celebrates the courage and resilience of the survivors, the emergency services and those members of the public who did what they could to help. 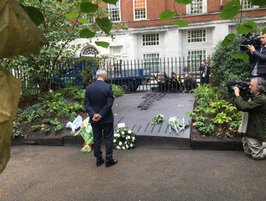 Play a game about the

Only a mile from Westminster, the Triangle Adventure Playground serves an area of inner-city deprivation familiar in many parts of many British cities. Its 'wasteland' characteristic is inherent in its odd shape and its entirely haphazard juxtaposition with its neighbours. It has the dull backside of a secondary school on one boundary, an ordinary 1950's primary school on another but then the back gardens of an attractive terrace of two-storey early Victorian town houses on its third. Beyond, however, sprawls the urban context that both physically and socially proscribes the lives of the children it serves. 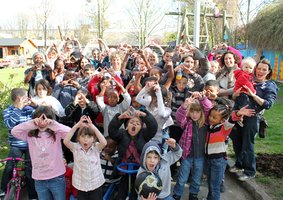 Gresham College, Barnard´s Inn Hall in Holborn offers 130 free lectures to the public each year. You can attend lectures in person or watch lectures on the internet.

At Great Newport Street (just off Leicester Square) you will see this coat hook for a policeman to hang his cape on. If you ask a cab driver to take you to the policemans hook- he should know-  because it´s a part of a their knowledge.

A policeman used to stand in this busy corner directing the traffic, and on a sunny day he used this hook to hang his cape on. 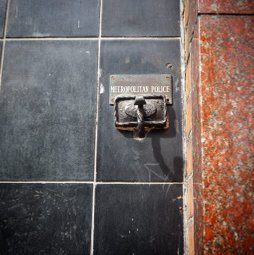 A wonderful page with lots to read about the Victorian age. Recommended!

Friends of the City Churches

The Friends of the City Churches is an architectural heritage charity dedicated to preserving the beautiful and unique churches found within the square mile of the City of London. 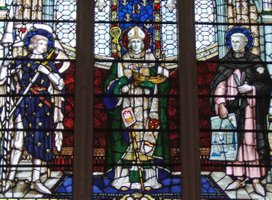 A proposed temporary public park and new transport link that transforms a section of disused railway between Camden Town and King´s Cross.

A proposed new linear link park between Queens Road Peckham & Rye Lane by using the disused Rickett coal sidings which were decommissioned in the 1950’s. The 1km elevated urban park would cut through the heavily built up ex-industrial area providing a precious green open space. 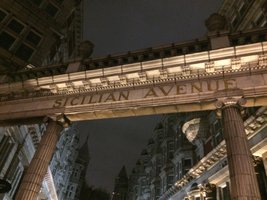 A five minute walk away from the British Museum you will find this pedestrianized shopping street with shops and restaurants in Bloosbury. Completed in 1910 and probably the first in London. 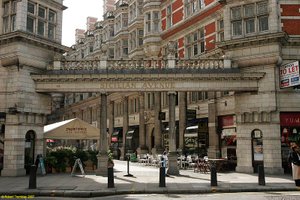 London´s only lighthouse,built in 1864-66, is located within the Docklands at Trinity Buoy Wharf, where the River Lee meets the River Thames. See here. 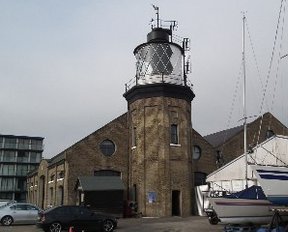 Spectators are welcome at Ham Polo Club on match days. Matches are held every Sunday afternoon starting at around 1:00 p.m, please check the website for the day’s program of matches. 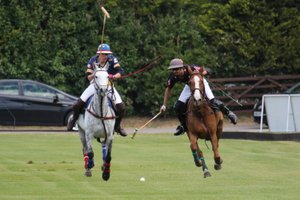 Speakers' Corner is located on the north-east edge of Hyde Park, nearest Marble Arch and Oxford Street. On a Sunday morning, it's not unusual to find crowds gathering at Speakers' Corner to listen to enthusiasts expounding their views. Anyone can turn up unannounced to speak on any subject, as long as the police consider their speeches lawful. 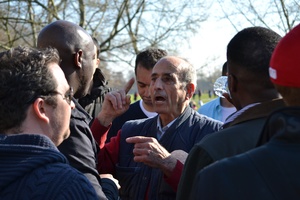 Visit St Clement Danes Church in the Strand and listen to the famous Church Bells. "Oranges and lemons" are played five times a day. Full list of bell ringings here.

Visit the site where (in its day) the largest steamship in the world was launched. Over a 100 000 people were gathered to see the sight. 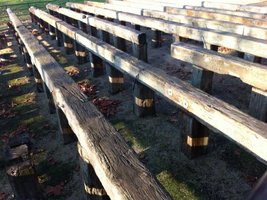 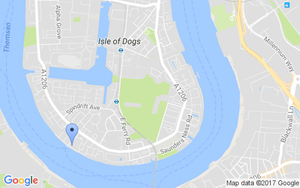 To find the remains of these ill-fated slipways, simply head to the Island Gardens DLR station and turn right. Follow the river for a few hundred yards and look out for the sign posts leading you to the site.

In 1854 a cholera epidemic hit Soho in London, killing 616 people. John Snow (a British physician),  figured out that the water pump on Broad Street was the source of the outbreak. He took his research to the town officials and convinced them to take the handle off the pump, making it impossible to draw water.  The cases of cholera almost immediately stopped and the outbreak ended. 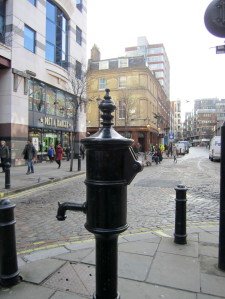