Cemeteries in London well worth a visit: 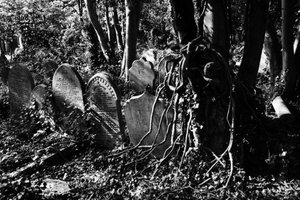 Between 1832 and 1841 seven large cemeteries were established outside London to cope with the overcrowded parish burial grounds. These cemetaries are known as the "Magnificent Seven" and consist of  Highgate, Brompton, Tower Hamlet, Nunhead, West Norwood, Kensal Green and Abney Park. I suppose you want me to visit at least one of the cemeteries when I´m in London?

You´re dead right I do!

All cemeteries listed below are within a 9 km flying distance from St Paul´s Cathedral.

Nowhere captures better than Highgate Cemetery West the special atmosphere of the Victorian cemetery. For the safety of visitors and to preserve the tranquility of the setting, admission to the West Cemetery is by guided tour only. Tours are led by volunteers, and all proceeds go to the continuing upkeep of the cemetery. Tours last about an hour. 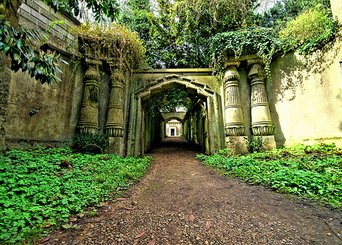 A plot at Highgate Cemetery has always been much sought after. To cater for demand, the cemetery company opened the East side extension in 1860. It is here that you will find buried many famous names, along with interesting and varied memorials.

A guided tour of Highgate Cemetery East starts on Saturdays at 2pm. This is a great way to get the stories about the people who are buried here. Admission fee. Open Daily. 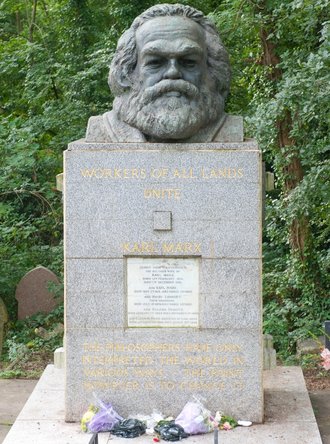 Cross Bones Graveyard in south London became known as the "single-woman's" cemetery because of the high concentration of prostitutes, dubbed "single-women" or "Winchester Geese." Since these women of ill-repute could not be given a Christian burial, Cross Bones became an unofficial dumping ground for them and other poor people living in squalor outside of London. 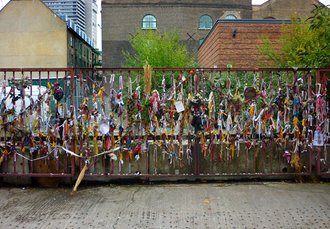 Founded in 1880 and now largely hidden behind thick undergrowth, Hyde Park’s pet cemetery is home to over 300 deceased pets, including dogs, cats, birds and even a monkey. Curious visitors can book an appointment to view it through the Hyde Park police. Today the cemetery is managed by the Royal Parks, and is only visible through fences unless a special visit is arranged. 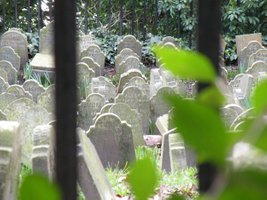 The cemetery opened in 1841 and closed for burials in 1966. It is now a nature reserve, and other land has been added to the park, including "Scrapyard Meadow". It was originally named The City of London and Tower Hamlets Cemetery but was called Bow Cemetery by locals.

This is the most urban woodland in London, and Tower Hamlets only dedicated woodland park.  The Cemetery Park is managed and cared for by dedicated staff, trustees, and volunteers for the local community and as an invaluable education resource for 8,500 local schoolchildren who use the park as an outdoor classroom. 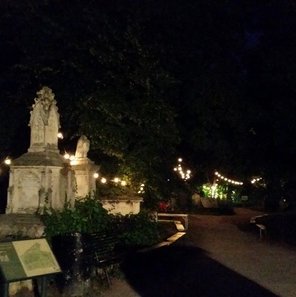 West Norwood Cemetery was built with Victorian Catacombs to hold about 3,500 coffins. Norwood was the first cemetery to be built in the Gothic style, and from its founding in 1837 it attracted a wealthy and aspirational clientele. It soon gained a reputation as “The Millionaire’s Cemetery”, with elaborate mausolea and tombs. Now acknowledged as arguably the finest in London, 69 buildings are listed by English Heritage. 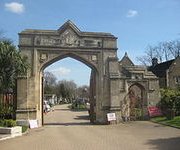 Offers free public access throughout the year so everyone can come and enjoy this oasis of peace and greenery with a fascinating history.

Take a guided walk, learn how to carve a spoon or chisel stone, discover why seemingly dead trees are cities for wildlife, or experience the magic of Abney after dark at one of our unique events. 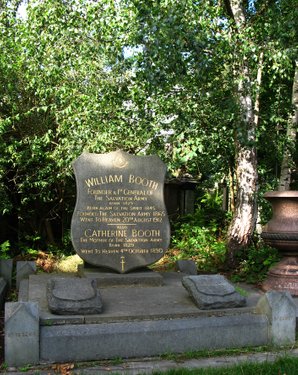 Brompton Cemetery is one of Britain's oldest and most distinguished garden cemeteries. It combines historic monuments, trees and wildlife with the stories of the remarkable people buried here. This beautiful landscape is the only Cemetery in the country owned by the Crown and managed by The Royal Parks on behalf of the nation.

The Cemetery is open daily from 8:00 am. Tours are held regularly on Sundays by the Friends of Brompton Cemetery. 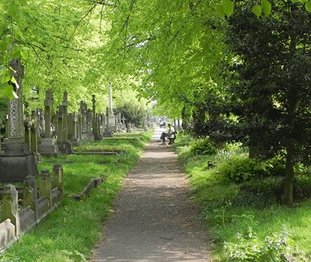 Perhaps the least known, but most attractive, of the great Victorian Cemeteries of London. Consecrated in 1840, it is one of the seven great Victorian cemeteries established in a ring around the outskirts of London. It contains examples of the magnificent monuments erected in memory of the most eminent citizens of the day, which contrast sharply with the small, simple headstones marking common, or public, burials. It's formal avenue of towering limes and the Gothic gloom of the original Victorian planting gives way to paths which recall the country lanes of a bygone era.

Located in the heart of London traversing the borders of Kensington & Chelsea and Hammersmith & Fulham is one of London’s oldest and most distinguished public burial grounds.

Inspired by the cemetery of Pere-Lachaises in Paris and founded in 1833 by the Barrister George Frederick Carden Kensal Green Cemetery comprises of 72 acres of beautiful grounds including two conservation areas and an adjoining a canal. 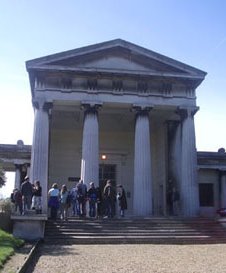 The New Sephardi Cemetery, opened 1725. Situated behind the Faculty of Laws building of Queen Mary and Westfield College in Mile End Road. Many of the graves were emptied and the bodies reburied when the college was extended. The remaining graves can be seen from the Staff Car Park behind the Arts building. Entry via Westfield Way. The original outer wall of the cemetery still runs along Mile End Road.

I took the photo below when visiting this cemetery in October 2014. 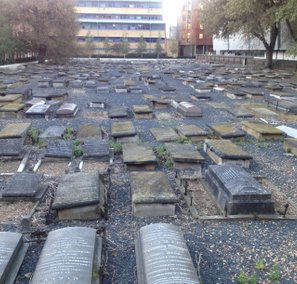 The burial ground is laid out in four squares, each reserved for a particular group: married women; married men; single women; single men. The headstones are all the same size, since all are equal in death, and are laid flat in the grass. 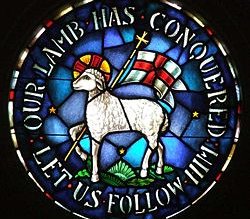 For guided tours at 12:30 pm every Wednesday look here. 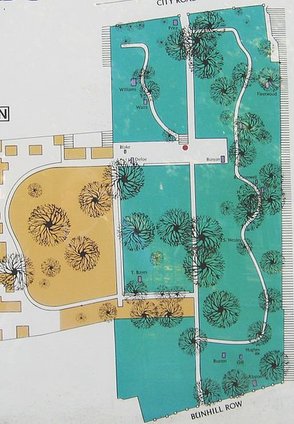 This building (below) at 121 Westminster Bridge Road is the only surviving part of the LNR in London. This was once a private railway with "funeral trains" connecting Waterloo with the Brockwood Cemetery in Surrey (also known as the London Necropolis). 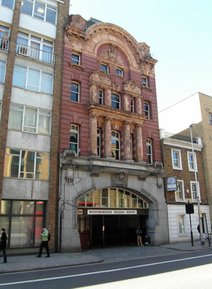