Places in London you

must visit if you are interested in London at War:

Commissioned as a 'Q' Ship (or Mystery Ship), she was originally part of the flower class built in World War 1 and was known as Saxifrage (The pride of London). Disguised as a merchant ship, she was designed to attract German U boats that she would then try and destroy with hidden weapons. Used for events, weddings etc until 2016, she is now in Chatham, Kent awaiting a refurb and will hopefully return to the Thames in the coming years.

The Royal Air Force Museum London offers a fun, enthralling day out for the whole family : and, best of all, admission is free.

With over 100 aircraft on site, nowhere else in London enables you to get close to so many historic and ground-breaking aircraft without paying an entrance fee. See video of the Dornier 17 - lifted from the seabed on the 10th of June 2013 - now at display.

The Maunsell Forts in the Thames Estuary.

Fascinating World War II history. Can be visited with :

Sailing Trips to the Maunsell Forts

On 11 November 2008 the last three surviving British veterans of World War 1 attended the wreath laying service at the Cenotaph. It marked the 90th anniversary of the signing of the Armistice. Henry Allingham was 112, Harry Patch was 110 and Bill Stone was 108. (Picture below) 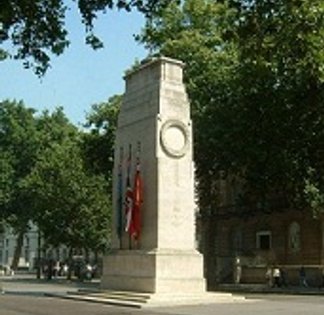 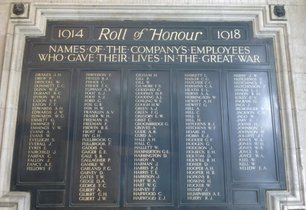 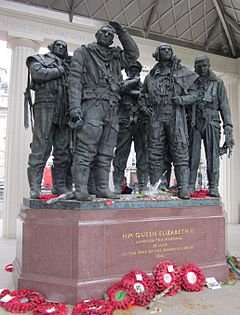 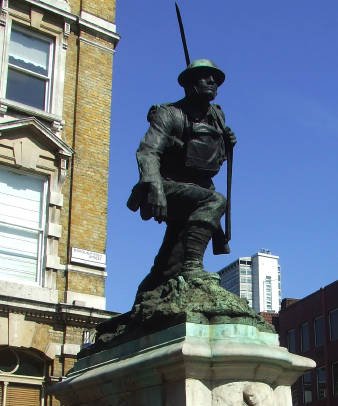 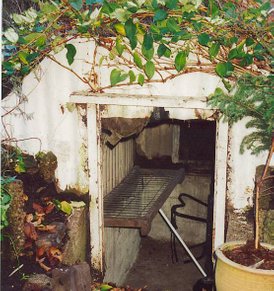 It is possible to visit an Andersson Shelter in good condition near the Oval Cricket Ground in Central London.

For the Study of the Holocaust and Genocide. Tours of the library are held on Tuesdays 1.00 pm - 1.40 pm. The tours are free of charge and do not need to be booked in advance.

On the 3rd of March 1943 nearly 2000 people had  made their way to the Bethnal Green Tube Station Shelter because of an air-raid Alert. 178 people were killed in what followed..

A government enquiry was later convened, but it was kept quiet until the end of the war to avoid propaganda for the enemy and loss of morale for the country. 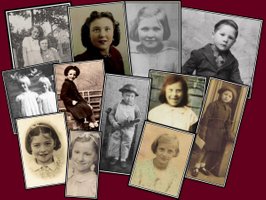 The Sandhurst Road School Disaster was an air raid on a school in Minard Road, Catford, south east London on Wednesday, 20 January, 1943. A German fighter-bomber dropped a 500 kg  bomb on the school at 12.30 pm, killing 32 children and six staff and injuring another 60 people.

The school has a memorial garden and the victims are buried at Hither Green Cemetery.

The Firefighters Memorial is located at a symbolic site on the south side of St. Paul´s Cathedral.Remembering firemen and firewomen who served in the London Region in World War II and commemorating those who died. 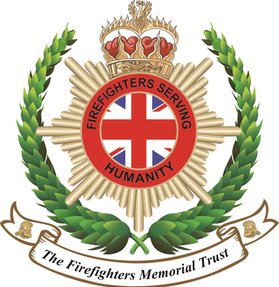 The Memorial Statue of Winston Churchill can be seen in Parliament Square. 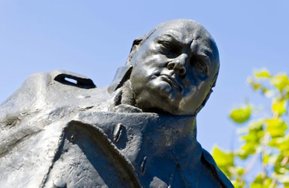 Situated just off the Mall in London, close to both the heart of British government and monarchy, lies the country's only memorial to a Nazi.'Giro', the Nazi in question, was in fact a pet terrier and was brought to Britain by the German ambassador Leopold von Hoesch in 1932. 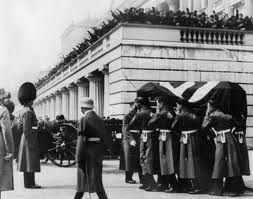 There are War Rooms under Whitehall,where Churchill held cabinet meetings and slept but he also had another bunker, 40 feet below ground in sleepy Brook Road, Neasden in north-west London.

The bunker is now owned by a housing association and usually open to the public twice a year. 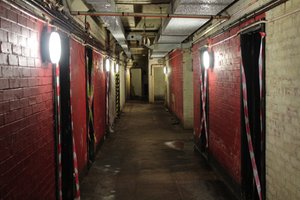 After the war stretchers were used for building fences! A good example of recycling. You can find one in front of the estate opposite Kennington Park by the Oval. (Just South of Vauxhall Bridge). 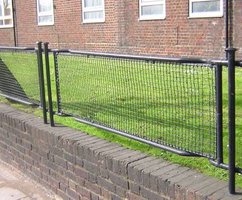 There are at present 8,796 individual war memorials documented in Greater London.

You will find all of them here.

The National Army Museum has a good page of lively events and activities . Take a look here.

Not the usual thing to see:

A T-34 Czech Army tank in Bermondsey. Located on the corner of Mandela Way and Page´s Walk. 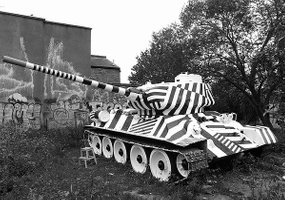 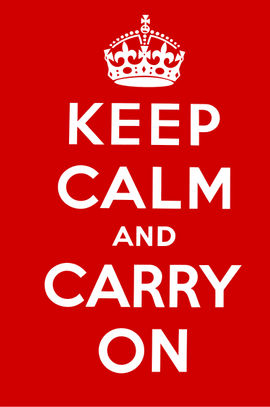 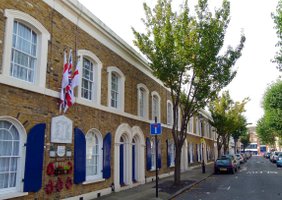 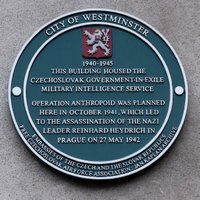