A quick Guide to the Streets of London

A microcosm of London's shifting ethnic patterns, the area around Brick Lane in East London was once associated with poor slums and the scene of the crime for the Jack the Ripper murders. Whilst the notorious pub Ten Bells still stands, the area itself is now extremely popular with London’s edgy and artistic crowd, featuring galleries, restaurants, markets and festivals throughout the year. 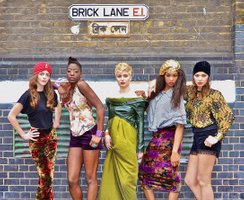 There is no dispute, Carnaby has an iconic heritage. From being the birthplace of Swinging London in the 1960’s, the home of Mods, Skinheads, Punks and New Romantics to the street style tribes of today. Carnaby has and always will be the epicentre of culture and lifestyle in London’s West End.

The closest underground stations are Oxford Circus and Piccadilly Circus:

Both stations are approximately 3 minutes by foot. 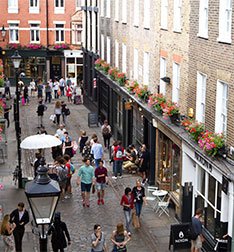 Regent Street receives over 7.5 million tourist visits a year and there are over 20,000 people employed here. Its Grade II listed facades, originating from the designs of famed architect John Nash, are considered some of the most distinguished architecture in London. Stroll down Regent Street and you will also notice a number of works by leading contemporary artists, of art commissioned by The Crown Estate.

Oxford Street is a major road in the City of Westminster in the West End of London, running from Marble Arch to Tottenham Court Road via Oxford Circus. It is Europe's busiest shopping street, with around half a million daily visitors, and approximately 300 shops. Traffic is regularly restricted to buses and taxis. 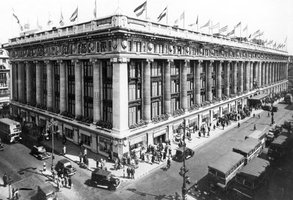 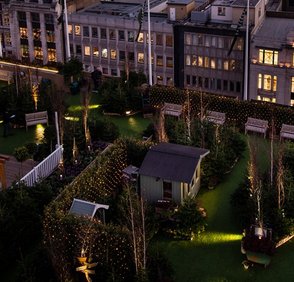 The John Lewis Gardening Society (rooftop of John Lewis at 300 Oxford Street). Here you will have the chance to escape the hustle and bustle of Oxford Street and cool down with an ice cold beverage served from the Gardeners Arms, rumoured to be Britain's smallest pub.